How Does Disney Portray Dentistry in Disney Films?

When you think of Disney films, what normally comes to mind is delightful children’s animations, probably not dentistry. There is, however, a notable dentist in recent Disney films–Dr. Philip Sherman, the so-called villain in Finding Nemo. Dr. Sherman, though a amiable man, tries to rescue Nemo from dying in the sea, but unknowingly separates Nemo and his father instead. He plays a pivotal role in the movie but might not project the image most dentists would want.

Seen from the perspective of the fish, Dr. Sherman is certainly a terrifying being. He wields powerful technology for seemingly sadistic purposes, especially since his patient’s reactions are definitely exaggerated. From Finding Nemo alone, it would appear Disney solely portrays dentists as frightening creatures who act erratically and unpredictably. This does not exactly foster amicable feelings between patients and dental care providers, especially young patients.

Fortunately, Finding Nemo is not the only film by the Disney franchise that mentions dentistry, Walt Disney himself actually created several short films about proper tooth care even before his debut with Mickey Mouse. In 1922, Dr. Thomas McCrum commissioned the then-impoverished Disney to film a short video elaborating on the need for good oral hygiene. Tommy Tucker’s Tooth features two boys, Tommy Tucker, who meticulously brushes his teeth, and Jimmie Jones, who is careless with his teeth and misses many life opportunities because of it. The film became widely circulated as an educational tool to encourage children to be more mindful of their teeth.

The popularity of the film led Walt Disney to create Clara Cleans Her Teeth in 1926 as a sort of sequel to Tommy Tucker’s Tooth. Clara, played by Disney’s niece, is an impetuous girl who refuses to see a dentist until an animated dream makes her change her mind. Here, Disney’s emphasis is on the importance of seeing dentists when there are teeth troubles. Clara’s life appears to change once she can painlessly eat with her friends once more.

Soon after, Disney’s Mickey Mouse caught the attention of the public. So it wasn’t until 1945, when Disney was making educational films for the military, that he touched the subject of dentistry once more. Disney created an eight-minute educational video called Dental Health to teach the basics of dentistry to the soldiers of the time. The video covered a wide range of topics, from how teeth function to different types of infections to the role of nutrition in proper oral care.

More educational dental videos followed. The Disney Company in 1971 animated Teeth Are For Chewing to expound on the virtues of good dental hygiene practices. Twenty years later, a live-action short film featuring Goofy called Goofy About Dental Health was made to teach children how to maintain healthy teeth.

Although the most recent example of dentistry in Disney films is through the villain of Finding Nemo, Dr. Sherman, through the years, the Disney Company has made many educational videos explaining why proper dental hygiene and dentist visits are important. You cannot let dental anxiety or the stigma of a bad experience keep you from the care you need. Contact your dentist in Orlando at (407) 351-3213 to make sure your teeth stay healthy as well! 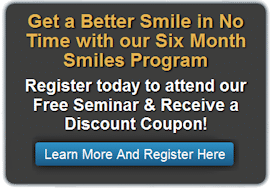